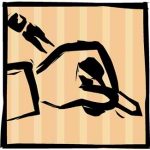 The object is to get your audience on the bus and keep them on the bus until you let them off.  If the bus makes a stop, they have to want to stay on until you as the driver say, “The End.”

What’s in a story?  Beginning – Middle and End…right?  Yes, but a lot more. One of the first things to address is what an audience wants when they are told a story.  Many people think that storytelling is just for fictional novels, however the techniques should be used in many types of public speaking, writing and journalism.

Generally the human mind is satisfied when the beginning inspires curiosity and conflict, the middle reveals the opportunities to overcome and the ending concludes the resolution of the conflict.  When writing the beginning of the story is extremely important.  If the reader puts the book down and they don’t finish, you have not accomplished your job.  In film, the ending tends to be more important since the feeling that the audience walks out with is going to be what hits the reviews.

Corporate stories are important too. (This is why we advocate that everyone has a company video.)  The corporate story adds character to the company and places perception into perspective of the brand.

The story’s plot is the beginning – middle – end.  Don’t confuse the back-story with the plot.  The movie’s back-story brings color and interest, but do not confuse it with the plot.  Two people find each other (one is an illegal immigrant) while working in a winery and fall in love, but the winery is going out of business and they are losing their jobs and will have to separate because the illegal immigrant will lose the green card.   What is the plot?  Is it the love story or is it the winery closing?  Only you as the writer can decide; this is the craft of writing.

A great problem that inexperience screenwriters make is plausibility.  The concept is not as easy as it seems because film is written for broad audiences not for nichemarkets.  What is plausible to one is not to another, but you can solve this problem in writing.  To keep you audience on board with the integrity of the story, the plausibility issue remains within the character.  What is plausible to the character?  Whether writing or film, if the audience does not believe the character, you have jumped the shark!

The ending needs revelation or resolution.  There may not be a strong moral or resolution, but the character must come to a conclusion, unless of course you are writing an episodic where you rarely leave the last three minutes in resolution of a conflict.

You can view a screenwriting summary based on the number of pages and the attention of the human mind.  A person’s short term attention span is only 8 seconds and the middle span a couple of minutes.  You can check you story to determine where does the middle start the beginning end?  You have to get the storytelling aspect of your script or novel in order before you analyze character development.

Always know where the beginning ends, the middle starts and end begins.  Write for the mind that interprets your work.