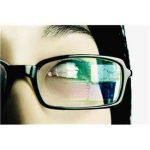 Media is now in the “machine” era.  It has no boundaries or rules in the United States; dutifully bound only by the parameters of the First Amendment.  Consider that a machine only knows the programs and orders it is given from the creator of the machine.  In the case of media in the United States, there is no one ruler, creator or overseer of media for television, radio, film, journalism or Internet; therefore it has become a power frenzy.

Who then is credible and objective?  Theoretically, the answer is no one.  A great example of this quandary is Megyn Kelly’s breaking, coverage of the Black Panther voting harassment case, in which the Department of Justice was accused of racism by dropping a case that was already decided.  The story broke first on Fox News cable network and then it did not seem to be picked up by any other networks (especially those known for left-political alliance).  However, it was picked up by the blogosphere.  This author first set out to find an “objective” article on the story only to find so great a bias that the assignment lent itself to a reverse engineering process rather then simple analysis of one particular article, since the networks were all being criticized for their opinionated alliance of racism.  (*Note the story is so fresh that it has mostly been covered on cable and in the blogs.)

The original account of the situation can be found at:

This account is of the original Town Hall meeting where a voter complained to Congressman Sherman.  You can watch the original video that was the source of the complaint against Black Panther Party Chairman Mallik Shabazz.  The video also shows a vicious argument between Megyn Kelly (Fox News Consultant – politically right) , Michelle Malkin (Fox News Consultant, blogger  – politically right) and Kirsten Powers (New York Post – politically left).  One should note that this argument is between three white women.  In the determination of who represents objectivity and who represents bias, this story is the cutting edge example.  Media Matters for America Research (July 12, 2010) reported ”right-wing bogus attack from mainstream news” that slowly caught on with the rest of the networks. 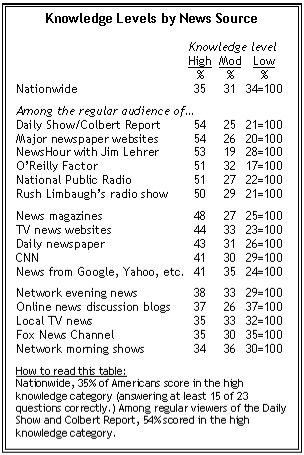 How does a viewer find objectivity?  Both objectivity and bias can be found through agency and network source outlets, authors, writers and journalists, headlines and content.

To analyze any of these categories a viewer has to be aware of the broad world of media; the laws, the business and the politics.  So let’s look at this from the viewpoint of the “average” viewer or the masses instead of from the viewpoint of a well-informed person or professional.  What does the average consumer consider first?  It is human nature to understand that the machine as to function from some source or outlet, specifically the television or Internet in the case of this analysis.  Many people identify as much with the web addresses and call numbers of the stations as they do with the affiliated politics.

If this seems far-fetched, a very helpful study and subsequent article provides insight to this troubling statement.  In an article titled Public Knowledge of Current Affairs Little Changed by News and Information Revolutions; What America Knows (April 15, 2007) PEW (PEW Research Center for the People and the Press, 2007) reports,

Contrary to current opinion, the study suggests that the outlet is not necessarily the culprit for bias and suggests that the less informed the audience is or the more narrow the scope of outlets that they view; the more the bias or less the objectivity that might be perceived if one only gets information from one source.  The study suggests that though there might be tendencies or bias, the narrow-minded “junkies” like the “ditto-head” Rush Limbaugh followers have a tendency to look at one side of the story regardless of where it appears.  They would simply take “Rush’s side” regardless of the story or content and Rush Limbaugh has been cited countless times for the spread of right-wing or Republican Propaganda.

Megan Kelly’s history of this story supports the conclusion of the study’s finding.  In the case of Fox News’ Megyn Kelly, the television and radio host agitated both sides on the Internet blogosphere and the cable news networks with this controversy, basically resulting in expose of objectivity and bias from many sources.

The process went as such according to Media Matters (2010).

2. Fox News picks up the story and gives it heavy, one-sided coverage.

6. The story is later proven to be false or wildly misleading, long after damage is done.

Media Matters for America, a 501(c) 3 organization describes themselves as “a web-based, not-for-profit, progressive research and information center dedicated to comprehensively monitoring, analyzing, and correcting conservative misinformation in the U.S. media.” (Black and White and Re(a)d All Over, Media Matters, no date)  The organization politicizes their objective of destroying conservative news outlets, which would explain why the organization would say that the “echoing” or banter is what causes damaged, when essentially it becomes the source of objectivity.  This banter exposes propaganda and allows the viewer to form their perception about not just the issue, but about the process.  If one were to subscribe to the results of the 2007 PEW research study as a tool for developing media credibility, one would welcome the bantering back and forth by the various outlets.  The debate and back and forth rhetoric should be encouraged and promoted, rather than disallowed by the “powers that be” who choose the news stories and their worthiness.

Most audiences are engaged and do not realize this, but the more it happens the more it exposes the propaganda and the persuasion of media outlets and their choices of subject matter and story topic.  The reason the author of this Abstract choose to use the instance of the Megan Kelly Fox Story, with the analysis by Media Matters and the PEW Research study is to exemplify that realistically we are all vulnerable to persuasive media and propaganda regardless of our affiliations.

Realizing that we “all” cannot judge objectivity through the outlet source, the next step might be to attempt to find an objective journalist, blogger or newscaster, their slant on the headlines and the subject content.  Looking for an objective article the author examined the following,

He concluded, that the story was yet another Fox News report on half of the details.  The author did include a history of the story that was left out by Megyn Kelly during her TV report concerning the details that President George Bush downgraded the investigation from a criminal matter to a civil matter 10 days before Barack Obama took office.  There were also other details that Tomasky reported on the facts back and forth.  Tomasky sets a course to prevail in objectivity, but by the mere nature of being connected with The Guardian (predominately left-winged) and being a blogger, the story lends toward left propaganda, but with some facts and credibility to support Tomasky’s theories.

Accuracy in Media (Irvine, July 8, 2010) reported before the story broke that Shabazz told a Russian TV reporter that Fox News should be ashamed about themselves and that the charges of voter intimidation leveled against them by the Justice Department had no merit.  These attacks by Shabazz came just shortly before Megyn Kelly broke the story, which brings to surface perhaps another level of conflict bantering even before the story broke, exemplifying that the media machine is in constant back and forth motion, arguing opposition in yin and yang turmoil.  (AIM is a non-profit Washington DC, citizens media watchdog, who is always a subject of the blogs criticism, left or right depending on the report at hand.)

Certain subjects are subject to escalation from the impact of misinformation.  This story was about several issues:  1) Voting Intimidation, 2) Racism and 3) DOJ injustice or lack of responsibility.  With the American public, it seems that racism held the content of the stories and the attention of the public.  Megyn Kelly reported in the tape that Shabazz said that. “blacks should kill cracker babies.”  Kirsten Powers, as cited above in the original newscast, said that Megyn was promoting the notion of “scary black men.”

The subject of voting intimidation was the original complaint to Congressman Sherman, made by a white lady, middle-aged claiming to be afraid and intimidated by the Black Panthers at the polls.  Megyn Kelly in the argument with Malkin and Powers said that “voting claimed sanctity” and this cause specifically stated by Kelly was ignored by virtually every media outlet and journalist/blogger who picked up entirely on racism.

This concludes the absolute impact of misinformation on certain subjects that tend to spur emotion among viewers, racism obviously being one of them.

The most realistic conclusion is that a viewer must be aware enough, educated enough and savvy enough to sift through the bias to find objectivity.  Teachers, professors, researchers and journalists must encourage viewers to become “independent thinkers” to be able to accomplish this objectivity and diminish the hysteria, propaganda and one sided bias of journalism.

The public’s perception of credibility is ascertained through association and cognitive bias; this could be learned through political, religious or racial topics.  It is not necessarily through only association with one network, or one author or political member, but it could also be learned with a lack of exposure to many opinions and attitudes from various authors, journalists and newscasters.  If your only exposure is to Aljazeera, you are of course going to hate Americans and think that all Americans are evil.

The pinnacle that cultivates propaganda into success, i.e. isolation, is the same point that professionals must strike down to remove media bias.  The answer is more; more outlets, more journalists, more opinions and more availability for all of the public worldwide.

Lastly in the reverse engineering process, which article was considered objective on the topic?  Absolutely none of them!   The author of this abstract set to find a mere chance at objectivity looked to the Wall Street Journal who reported the story as, A GOP Scandal to Bring Down Eric Holder; A Very Obama Scandal (John Fund, Wall Street Journal, July 7, 2010)