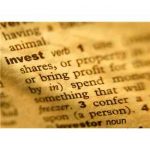 Ask Not What You Can Do For the Media Industry…But ask what the Media and Entertainment Industry can do for you!

The Media and Entertainment Industry

It is so absolutely financially lucrative and exploitive to commerce that it has its own acronym, M&E, for Media and Entertainment.

Most people know the industry as a bunch of stars that voice their opinion too much, party too much and get paid too much!  THERE, now we got the bad stuff out of the way.  The truth is most people, including the business community, have no idea about what the film and media industry can do for them.

If you want any to take part in the global community, here’s how.

The motion picture industry employs over half a million people in the U.S. (U.S Department of Labor 2004). Spending on theatrical tickets was around $9 billion in the U.S. and close to $11 billion internationally in 2004 alone; revenues from ancillary markets (particularly home video, but also merchandising) are several times higher (Standard & Poor’s 2004). Motion pictures are a key driver of the market for entertainment products – currently the number one export market for the U.S.

This is just the tip of the iceberg.  Consider that we are now well into the digital age.  Now business moves faster and from a viewer’s perspective, especially children, it is even more brilliant and enjoyable.  Add this to the fact that we are shifting the paradigm back to family, health and holistic living.  M&E creates an interactive subcategory of commerce that many communities desire to capitalize on; this includes revenue to the hotel, restaurant, advertising, transportation, entertainment, grocery, art and construction suppliers, office leasing, legal and many more.   M&E is Jobs Creation 101.

Since WAR Entertainment, “World Ain’t Right” is a production company; we are going to concentrate on the value of production.  Imagine production as a long business trip for a lot of people and considering a typical business trip, a very long one.  It is as if groups of people are camping out for a project.  These are not ordinary people, but rather professionals, talent and stars, crews, their families and the media that follow them.  It becomes an economic community in a specific venue.

Movie industry deals combined with consumer deals are the now and the future.  Ever since 1914, in what must have been one of the earliest studies on the drivers of the behavior of movie audiences, DeMaday (1929) asked Swiss school children ‘why do you like going to the cinema?’ (Palmgreen, Cook, Harvill, & Helm, 1988), researchers have attempted to understand what drives movie consumption.  Their answer, “Because it’s fun!” No other industry other than entertainment can make this simple, but profound claim.

Listing all the jobs on a feature film or television show isn’t the point here; this is the job of producers, but mull over these facts.  Let’s take a 10 million dollar feature film for the sake of simplicity and discuss “where the money goes.”

From a business standpoint, we say at WAR that production is “money out.”  This attitude shows that the money in the project is leaving the project and that revenue goes into the venue(s) where the project is occurring.  (Money is not generally recouped until the product is sold, licensed or distributed.)

Where then does the “money out” go?  There are four categories in a film, Above the Line, Below the Line and Post Production.  Economic Departments of State are set up with tax credits and development credits to encourage producers to spend as much money as they can on the venue of their state,

How much is spent on what?  For the sake of simplicity, you could break the 10M into the four sections 2.5M for each category.

Above the Line – If the company is housed in the state and the producers are residents, it’s a home run for the state, recouping taxation and expenditures.  Generally, it is a combination of local and out of town professionals who spend at least 60 days together (the talent less).

The Above the Line expenditures are the show runners and talent under the budget (often by union regulations) and they usually work long hours and stay together for the entire time.  Many out of town people will bring their family in for a long weekend if the production is going to be long.  Professionals work easily 12 to 16 hour days and they do not part on the weekends.  If 10M is the budget and the film is 90 minutes, the cost would be roughly $120,000 and hour.  Waiting anyone for any reason can be a very costly devastation.   This is good why producers are well planned.

Below the Line – This is the negative cost of the film.  What applies above, applies here also just on a larger scale, more people or crew and less money per contract or job.  These people also stay for the entire production.  If you want to know “how many?” Watch a movie and watch the credits roll!

Post Production – Post Production is different with every project.  The best way to describe it is to say that it takes place in multiple places, due to the nature of very expensive equipment and facilities.

How much of this money infiltrates the community?  A detailed breakdown of a budget shows that for every dollar on a budget $.50 enters the community.

It’s bigger and better for a community!  Much depends on what the show is about and what type of show it is, but contemplate the fact that for the life of the show, it literally camps in the community of its home.  TV crews vary in size and budgets vary also.  Consider the fact that NBC move the entire production of Deal or No Deal to Connecticut for the thirty percent tax credit.

We welcome inquiry into these ventures and look forward to collaborative business.  Call us at 646-345-4139 if you would like to talk about production.