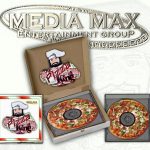 There are so many creative ways to make a movie.  You do not have to make a major commercial film to be in the entertainment business.  A word to the wise presents below!

First off, don’t be stupid.  The enticing thought of 100M dollar box offices can put your reasonable side into a tailspin and it is a downward spiral in terms of execution.  Second, this is not legal advice.  This is a matter of pure and simple business structuring.  A high-value commerical film is considered one that will ddraw 150M at the box office.

A production company usually produces a movie, or does it?  What is a production company?  The production company is the work arm or labor aspect of the film; at least it should be in terms of liability.  Think about this, why would the company who continues to be the work force (a liability) hold the rights to any intellectual property that will have residual rights?  Residual and derivative rights continue to bring in income and company income is always a risk to creditors who have received judgments from any lawsuit.  To answer the question proposed, generally each film or property is its own LLC.

The rights or sometimes the “library” of a production company are often transferred into another company so that the liability of the next production does not affect any future liabilities that have nothing to do with the transferred intellectual property rights.

Having said that, what is the reasonable approach for producers?  I am going to assume that you are not Steven Spielberg or Jerry Bruckheimer.  Let it be noted that the game changes with success, but the rules are still the same.  Each intellectual property that has the potential of residual and derivative rights should be its own legal entity.  In essence, if a producer is sued over “production” or “credit” other than the fact that the producer may not have such a good reputation or credit score, it should not have any bearing on the residual income of other properties.  A production should be a “collapsible entity” that could be wiped off the earth and the producer still has the ability to move forward.

How does Product Placement work?

The other reason for this approach is to protect current investors and future investors.  For this reason it is foolish to put together financing for four films or ten films because investors like bigger deals.  In this day, this is pure nonsense and it would behoove most producers to lower their budgets and get on successful production or film under their belt.  This is the way of the Jedi; conquer one thing at a time.  Do you think that Henry Ford could have built the Ford plant before he developed the automobile?

How do you do this?  You do this with the help of a good advisor who has knowledge of business structure, tax compliance and intellectual property.  The average entrepreneur or filmmaker should realize the independent finance world of filmmaking is like TMZ and The Soup.  When a person steps out of the box and looks inside, they will soon realize the ridiculousness of independent filmmakers making their first films for 100M or the business downfalls of ten movie deals.  If you meet any directors or producers coming out of the film schools in NYC, they will tell you the same thing about “your first projects.”

Lessons learned from the failure of others are goldmines.  It is far beyond reasoning to continue down a path that has proven to be a dead end almost 100 percent of the time.  You can play Megamillions or Powerball, but then again, those tickets cost a dollar; certainly a different risk.

If you want to increase your chances of success, you have to become a business hound dog and sniff out the real advice on business structure and liability.

Read About Venture Capital and Financing Your Project