by Corey May, CEO and Sr. Staff Writer of The communications Journal 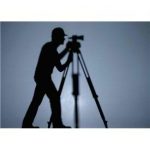 Filmmakers – What is the Status of the Tax Credit?

Where you shoot a project depends a great deal of the economics.  The incentive tax programs for filmmakers are a consideration and often used as collateral to the investors. But, with the budget-repair bills even medial insurance is taking a hit in the pockets of the citizens.  Cut backs, claw backs and compete wipe outs are in process.  Here are some updates on the popular states – February 20, 2011.

In 2010, 44 states including the District of Columbia offered tax incentives for filmmakers, this will be reduced in 2011.  Those states that hang in there are certainly the ones who will capitalize on the runaway productions who leave the states without incentive.

Those of you who say  “good?”  Remember that at least 50 cents of every dollar is directed into the Gross Domestic Product of the state.  Employment will suffer in the state who lose their business.

Michigan – Governor Rick Snyder wants to cut the film incentive program back to 25 million dollars to balance the state’s budget.  That will take a hit on the majors who are now getting used to Michigan (as opposed to California).  The state now has a 1.4 billion dollar deficit. 130 projects have cleared 638 million in tax incentives.  The Michigan legislation believes that they are paying for films that lost money in the industry.  The Michigan residents will claim that it is so “cheap” compared to other states that reducing the incentive will not have an impact.

Connecticut – Connecticut is hanging in there with Democratic Governor Daniel Malloy, but Malloy wants a change.  He wants to reduce the amount to 25 % (from the current 30%) and to only 50% of the credits may be transferred.  This means that to finance a film the producers can only sell 50% to get cash into their budgets.  Of the 50%, by the time it is reduced in financing you might be talking 40% for the producers.  80 productions received the credit last year.  A new report claimed that only 7 cents on the dollar was returned to the economy, but majors like NBC who recently place three shows in Connecticut doubt that fact and question the accounting methods.  Connecticut being a neighbor of New York will do well to keep the incentive while others are cancelling.

New York – New York is hanging in there with 25% and an additional 5% for those who shoot in New York City.

Massachusetts – Facing a 1.5 billion dollar deficit and coming off the film the Fighter and Social Network, Massachusetts knows the pay off for having films sign on to the state.  They figured out that the film incentive cost every household $34 last year.  Massachusetts offered around 25% with demand on that amount for local payroll.

Pennsylvania – On March 8, 2011 Governor Tom Corbett will deliver his budget to the Legislature and he is OT in favor of ANY tax incentive for the film business.  He has put a stay on all film incentives until that time.   Pennsylvania, in Pittsburgh, hosted several major movies in 2010 including Denzel Washington’s Unstoppable.  The future is up in the air for now.  Pennsylvania rebates qualify local labor at a 25% incentive.

California – California stands around 20% with variations in different communities and cities.  Hollywood says the credit will stay extended, but the legislation warns that the rebate is also a contribution by federal funds through Section 181, which has been extended retroactively.

Arizona – The film tax incentive will expire at the end of 2011.  It runs around 20% and if it is eliminated it will jeopardize the industry growth that attracts soundstage necessity productions, western geographical settings and the need to film in warm climates when the northeast is ridden with ice and snow.

Illinois – With the attraction of major films on Michigan Avenue, like recent franchise filming of the Transformers series, what will the oligarchs propose to the state that filmmakers spend $144 million in 2008?  Filmmakers qualify at 30% for local labor and around 15% for out of state. Illinois boasts as a “film friendly state.”  We only know that the policies are in review (as are most other states).

Florida – The tax incentive hangs in the budget at a five-year incentive beginning in 2011 at $53.6 million.  Qualifying projects can earn 20% to 30% depending on the quantity of local labor employed.

North Carolina – North Carolina offers up to a 25% film tax credit (15% for non local labor) and boasts to continue the trend to boost local economies.

Hawaii – Former President Bill Clinton went to bat for the state’s expansion of the film credit with Cuba Gooding Jr..  Hawaii offers $46.3 million in tax incentives and claims that they only receive about 20 cents on the dollar.  It isn’t a secret that the film industry is only a boost to the travel and vacation industry and Hawaii could benefit by attracting larger productions.

New Jersey – Governor Chris Christie, dealing with a 11 billion dollar deficit was running at a 20% tax incentive for filmmakers.  The credit is suspended until a vote on July 11, or until the governor releases the stay, after a determination on the value of the credit.  The good news there is that New Jersey is actually reviewing to expand the credit!

Georgia – The Special Council on Tax Reform recommended that the state of Georgia drop the tax incentive program completely, which runs at around 20% for local labor.  However, the council claimed it did not have enough information, but with Screen Gems moving in and Tyler Perry making an impact, there is sufficient support for the cause.

Virginia – Governor Bob McDonnell signed a bill with a small amount of tax relief for filmmakers at $2 million.  This might attract some smaller productions. But it puts Virginia in the game with some beautiful scenery against some other states without tax incentives, but boasting sound stages.  With a balanced budget, their goal was to “get in the game.”

New Mexico – Ernst and Young reported that for every dollar spent in film budgets it brought the state $1.50 in return.  Governor Susana Martinez will likely reduce the credit to 15% form the 25% that it offers currently.  This may hurt the business of films that have chosen the state for the incentive and worked around the scenery, which is obviously characteristic of the west.

Alaska – Alaska has a lot to offer and the incentive is stable.  There are a lot of different tax qualifications and film incentives qualify can up to 44% of the budget to collateralize a company.  Locations can match any northern worldwide geo-location and you can get your establishing shots from other locations in the US easily.  From an Alaskan perspective, “Why go to Canada?”  Alaska could get up to 30% provided they use local labor.  If not using local labor the tax incentive is reduced for the labor portion of the budget.

Kansas – Governor Jay Nixon recommended ending the film tax credit.  The Oscar nomination Winter’s Bone and Clooney’s Up in the Air were both filmed there bringing the state recognition and revenue.  The tax budget is about 45 million for tax rebates.

Oregon – Now requires sunset dates and a strict review of the film tax credit, but they intend to expand the Oregon Production Investment Fund.  Governor Kitzhaber claims that there are strategies that will work to stimulate the economy.  Qualifying local labor runs at around a 16.2% incentive.

More on Section 181 Film Tax credits coming soon.  If you liked this, you’ll like this comparison of Film Incentive Tax Credits