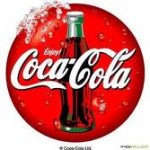 Essentials of Marketing Communication Using Coca Cola as an Example

Coca-Cola is an example of a company that is dependant upon its brand trademark and distinctive name.  Amazingly the beverage production company reported 23.4 billion dollars in sales in 2009 that are significantly dependant upon the brand “Coke”, which was added to the trademarks in 1945.  Every innovative idea is tied to the power legacy of the brand mark.

Somewhere along the line every idea has been transformed from thought to commerce and this process is now referred to as marketing.  Marketing was a very murky sea in the beginning of the 1900’s.  Around 1895 marketing and advertising became a mission and function of the company’s strategy for increasing sales.  Hilda Clark, who was considered a celebrity, became the spokesperson for the company.  She was a Music Hall performer who was paid to talk about Coca-Cola and appeared in ads dressed up eloquently sipping the beverage. (Coca-Cola, 2010)

As the popularity of the brand grew Coca-Cola realized a noteworthy concern in marketing that still leads strategy today “ownership.”  At this time in history entrepreneurs were grasping the concept and turning it into revenue.  Henry Ford did not invent the automobile; he licensed a patent and called the brand “Ford” taking ownership just as the second owner of Coca-Cola did in 1892.  The commonality between all businesses and what Henry Ford became aware was competition. Companies like Coca-Cola already expanded into distribution in Dallas, Chicago and New York and were well aware of competitors who wanted any portion of their revenue.  By the time the first Model-Ts rolled of the assembly line imitation and substitution concepts were well under way.  Other soft drink beverages popped up “cheaper” and Coca-Cola pressed on with a campaign as genuine to prevent proliferation of the beverage to copycats.  Henry Ford used the Model T to take ownership in the same way as he exclaimed ownership of the brand by publically saying, “You can have any color you want as long as it’s black.” (Marketing History, 2010)

A role of marketing was now defined to the business owner and the role of marketing remains a single most important aspect of business function.  Just as Ford, Pemberton and Chandler became the marketing gurus of their product, most companies today (and even start-up entrepreneurs) consider it to be one of their most important functions.  Coke has six functional divisions, Marketing is one of them (2010) The marketing headquarters in Atlanta is responsible for driving sales through promotions, marketing and advertising.  Actual advertising is outsourced.  Coca-Cola has a policy to manage by objectives and the objective of the company is to be the most recognized brand of non-alcoholic beverage in the world and many say this is accomplished already.

A company does not grow to be a world leader without infrastructure and leadership and the marketing leadership has decided that it is time for a change.  According to Wendy Clark, Senior VP of Marketing for Coca-Cola it is time for a deep-shift. (RM Blog, 2010) Ms. Clark explains that the goal in 2011 and the target of the department is to find a “liquid and linked” market.  This likely means a significant push toward markets like China, Brazil and Iraq where either money is now flowing or new markets are emerging.  This will also mean a push for Coca-Cola products that are non-carbonated and a product push for Coke’s global core brands that are continually expanding even into bottled water, tea and coffee. Coca-Cola offers over 3,300 products in over 200 countries. (Coca-Cola, 2010)  The brand name appears somewhere on the product, but even where countries are more likely to enjoy beverages other than the carbonated Coke, they too are often referred to as “Coke.” In some countries and even in domestic states soft drinks are referred to as a “coke.” Historically Coke was such a brand word in the 1900s that the word “pop” likely appeared to diminish the Coke brand when the opening of all soda cans made a pop noise.  Faygo tried to coin the word “pop” in the early 1900s to take away the significance of the brand distinction “Coke”, but Coca-Cola was established beyond this reach in the market. (The Free Source, 2010) 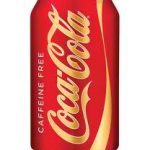 Coca-Cola has filed numerous of trademark lawsuits in its history, however recently significant theory of legal protection enforcement exemplifies the importance the company still places on the trademark.  In 2007 the company launched a marketing campaign based on an imaginary lawsuit claiming that Coke Zero infringed on the trademark taste of Coca-Cola. (Lexus Nexus, 2010)   The “joke” filing was so significant that attorneys all over the world chimed in on their blogs and websites that Coke had created a plausible legal situation.

One might wonder why this history of marketing is significant to the branding power and significance to the company Coca-Cola.  In 1985 one of the most significant and historical case in point occurrences of branding legacy rocked the field of marketing and advertising.  Coke introduced the new product called “New Coke.”  What happened next is the entire scope of this paper; Coke was forced to bring back the old product after the public shunned the new product begging for the old brand. Coca-Cola brought back the brand, which still stands strong today, “Coca-Cola” classic, now marketed as the original formula.  (2010) This consumer based overthrow of marketing is likely the most influential and substantial lesson ever revealed in the history of marketing.

Coca-Cola, Beyond Atlanta (2010) Retrieved from http://heritage.coca-cola.com/

RM Blog, Coca-Cola Restructures Their Marketing and Here is Why You Should Care (2010) Retrieved from http://www.ruizmcpherson.com/blog/2010/10/coca-cola-restructures-their-marketing-department-heres-why-you-should-care/

The Free Source, Soda or Pop, The History Behind Names (2010) Retrieved from http://www.thefreeresource.com/soda-or-pop-the-history-behind-the-names