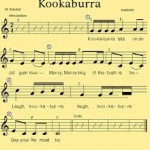 Men at Work – Down Under Does this song by an Austrial Band – Men at Work infringe on thieFolk Song Kookaburra?  (hint – if you listen to the flute section you will hear Kookaburra Sits in the Old Gum Tree…Mighty Mighty King of the Bush is He…

Turns out that it does?  Well, maybe the case was settled out of court in Auatrailia, but it also turns out that the rights to Kookaburra are actually owned by someone!

If you listen you will hear the infringement, but the entire concept is shocking if you are a writer or producer making documantaries.  Now You really understand why you need Errors & Omission Insurance.  It lends to the fact that you cannot assume anything!

The case Larrikan Music v. EMI Songs Austraila was over the song “Kookaburra Sits in the Old Gum Tree” and was brought to court against this popuar song.  The first step was that plaintiff Larrimin Music had to prove that they owned the song (and they did prove it) (details undisclosed).  The song was written by a Melbourne school teacher in 1935 and given to the Girl guides.  The judge said there was a relationship between the copyright holder, who is essentially the Girl Scouts of Austrailia becaus the copyright had been assigned properly and legally.

The second step was against the two songs.  The judge ruled that more the infringement was more than a “hook” and substialtially infringed upon Kookaburra. 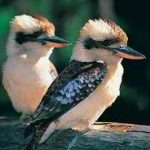 The case settled in February 2010 was said to settle for 5% royalties.

The moral of the storyy…don’t assume a song is public domain because it sounds like a folk song!