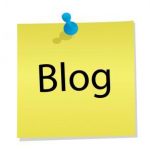 When you title a book or a screenplay you have to be thoughtful.  Why do you think that the film Social Network was titled Social Network instead of :Facebook?”  Bingo….trademark violation!

Though you cannot copyright a title, you can trademark it if it meets the qualifications.  There are rights in titles.  Titles can be trademarked characters, slogans or phrases.  When you title your Intellectual Property you should look to see if it is protectable.

In the United States a title is generally not protectable.  However, you must think “international” also.  The Trademark Manual of Examining Procedure states, “The title of a single creative work is not registrable on the Principal Register or the Supplemental Register.” To date, the majority of the cases on registrability of titles emanate from the United States and that will be reflected in this article.”

A plain word cannot be trademarked in the United States or Canada.  It is overly broad and represents too many classes.  For a title to be trademarked it must be a service mark.

There may be some common law rights within a title.  If you own Intellectual Property as a certain title that bears artistic merit and it bears a certain title that has acquired secondary meaning, the certain aspects of the mark may be protectable.  For instance “Californitication.”  In Rogers v. Grimaldi, 875 F. 2d 994, 997-98 (2d Cir. 1989) Showtime was sued for the use of the word Californication, by Red Hot Chili Peppers who sued Showtime for a show called Californication.  The case settled, but the court did comment that there was sufficient creative expression in Californication to be protected in Common Law under the US Federal Trademark Dilution Act.

In most cases the title cannot be disassociated from the work itself and therefore it is likely not to be able to be trademarked.  Titles of ongoing work or franchises, like Harry Potter or Twilight can be trademarked.  If the second work is released within a reasonable timeframe, the date of protection is the release of the first title.

What should you do if you have a valuable work being published or produced?  At minimum file for a state registration of the trademark.