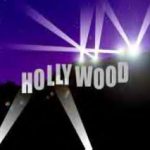 According to the MPAA (Motion Picture Association of America) the Global Box Office Hit a Record High of $29.9 Billion in 2010.  At the turn of the century, 2000 the revenue was $7.48 billion.

If you are in the entertainnment industry you need to  be an informed artist regardless of the hat you wear.

Attorneys, actors, directors, producers and financial exectives can beneift by always being informed and aware.

There is no doubt that there is room to grow in the industry and with the industry if you can find your talented role in the business; this means at all levels of artistry and business.

The Communications Journal offers a variety of articles for business and artist support in communications, production, writing, graphics and the business of media.