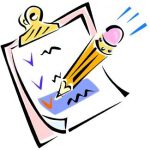 There is a trend today to produce movies based on real life events or true stories.  Every filmmaker has his or her own personal goals when making a movie; representing a cause or purely for money and the box office revenue offer answers to the personal missions of filmmakers.   It is noteworthy that placing a portrayal of a real person on a screen has liability attached; defamation, rights issues, authenticity versus public domain and lastly morality concerning the portrayal of truth versus creative license.  Ron Howard, Director of the 2001 A Beautiful Mind is an example of a film with creative license.  To what extent of omission does Ron Howard portray the story based on the life events of John Forbes Nash, Jr.; in true life a schizophrenic psychotic, an irresponsible father with an illegitimate son, a terrible husband, but yet a genius who won a Nobel Prize.  Is it morally acceptable to omit events or character flaws to change the perception of the audience?

Creative license means “distortion of truth.”  Most people understand that when they go to a movie or purchase a DVD that is not labeled “documentary”, even if the film is announced as created from a “real life story or event” that the truth is loosely based and fiction is included.  In the past and with a recent trend, we have seen new a division of film with the genre classification of docudrama to add to the already produced films that have depicted truth and history with creative license.   Often critics claim producers should tighten up the belt on portraying the truth.  Cleopatra 1934, The Great Escape 1963, Schindler’s List 1993, Valkyrie 2008, Amadeus 1985 and Frost Nixon 2009 are a few examples of the many all films loosely based on truth, true events or real people.  None of them are historically accurate in total.  Cleopatra is depicted as a “goddess” when in fact she was a nymphomaniac, scheming and murdering drunk who married her 11-year-old son (as required by law).  The point is that if you were to watch the feature film Cleopatra you would not get this picture. (Bethune, 2010)  If you are to watch Ron Howard’s A Beautiful Mind, you will not understand the true life of John Nash, his devious deeds, including an illegitimate son (before marriage) and his homosexual affairs during his marriage to name some of the omissions.  However, the best understanding and defense from these omissions of moral flaw comes directly from Ron Howard himself.

Robert Siegel interviewed Ron Howard, before the movie was distributed (but completed) to get a journalistic and critics review for the film.  (Siegel, 2001) The opening credit roll states, “Inspired by Events in the Life of John Forbes Nash, Jr.”  You can ask, is this true? The answer is definitely yes; the writer adapted the script from a novel with a genre of nonfiction.  Robert Siegel’s first question after explanation of the plot was, is it fair to make a decision as to “what’s in the film” and “what’s out” to construct the story and the character? Siegel adds, “in the end is it just Hollywood who needs to make the film nicer?”

Director Howard takes a big sigh (as if to say, I’m not sure the listeners are going to understand this and explains the dilemma in this way.  He states he took the opportunity to have the viewers connect to the character in a human way to learn and relate about the difficulties of, psychotic disease and genius.  Mr. Howard agreed that the character was very complex and when asked why he left out two major moral flaws he combines his moral beliefs with that of an experienced filmmaker, it had to fit. He said that the story was not about John Nash and merely that it was to capture his spirit.  He specifically stated that he was not interested in telling the true story of John Nash.  He said the story was about genius to madness, madness to recovery and recover to acknowledgement and the universal themed story telling theory that he uses in all of his films, such as boy meets girl, falls in love, conflict occurs, characters overcome and live happily ever after (example Shrek).

Howard explains why he left out the “rougher edges”, i.e., the moral charge (indecent exposure and homosexuality) and the illegitimate son and the cruel treatment to that son. Chris Suellentrop of Slate recaps the difference between reality and fiction in the Nash story.  (Suellentrop, 2001)  “If you want me to say it was wrong to leave those things out or plead guilty to changing the story for unethical reasons, here is what I will plead guilty to.  What I am guilty of is changing the character to offer hope to people with schizophrenia or severe psychotic disorders and to the people that must deal with these people.”

Answering the question of morality, Ron Howard trumps the critics who attempt disparagement and hurl defeat towards the Director’s ultimate triumph and accomplishment of his goal to offer hope through a film.  In his interviews he adds one last caveat of reality to emphasize that feature film is just that, a Hollywood creation.