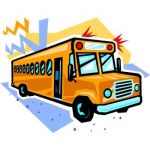 We are often our own worst critics, but can you be objective about looking at your work for constructive feedback.  When you finish a story you should be able to answer the following questions about your work.