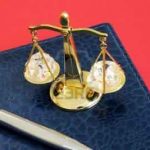 What are Common Law Rights?

Common Law is the body of law sometimes known as case law or precedent and it seeks its power by court decision rather than by statutory or regulatory law.

How does Common Law affect copyrights and trademarks?

Common Law gives right to different jurisdictions even in similar circumstances.  Stare decisis means, “let the case stand” and is the principle in law that similar cases should be settled in similar ways.

First of all, historically as a rule Common Law systems trace to England whereas civil and regulatory law trace to Roman law.  The forces exhibited are “equity” versus “law” or case precedent in equity versus statutory and regulatory law.

Which type of law has power in Intellectual Property?

You can read more “About Copyrights” here. Once a person puts their expression on paper the rights are vested in Common Law, however with Intellectual Property Common Law does not overrule statutory law and this is why we have a federal registration system.

You have heard of the “Poor Man’s Copyright?”  You take your work and put it in an envelope and seal it and mail it to yourself and do not open it.  This generally does not work in court since the authority is statutory and regulatory law requiring registration of creative expression.

Trademark rights are vested in Common Law, but this isn’t a total picture of rights.  Because of the jurisdictional issue, trademarks can seek protection under Common Law with certain jurisdictional limits.  For instance, there is a state trademark registration, but it imposes geographic limitations.