Anti-sedition laws are laws to counter act the potential threat of treason and sedition.  In 1798 the Federalist Party, controlling Congress passed four acts empowering the President of the United States to expel dangerous Aliens from the country.  The US now feared French invasion after had enduring the Whiskey and Shay Rebellion, as the country was rife with French spies.   Under the direction of President John Adams four laws titled the Alien Enemy Act passed in 1798 to combat infiltration of s pies and illegal aliens permitting the president to protect the country from treason.  One of these laws took profound historical significance in the history of civil rights.  Titled the Sedition Act it made it punishable by fine or imprisonment for citizens or aliens, 1) To oppose the execution of federal laws; 2) to prevent a federal officer from performing his or her duties; 3) to aid any insurrection, riot or unlawful assembly and 4) to make any defamatory statement about the federal government or the president (1Stat 596) (Farlex, The Free Dictionary, 2010).

The questioning of the laws validity and consequently the evolution and precedent cases began shortly after its passing since the Federalist, of which John Adams was a member controlled Congress.  The Republicans lead by president to-be, Thomas Jefferson felt that the law was created to silence them in their criticism of the Adams administration.  The validity of the Sedition Act was never tested in court thought at least 10 citizens of the time received jail sentences.  The Act expired in 1801.

Many historians claim that after US Civil War and the Emancipation Proclamation, whereby President Abraham Lincoln made slavery illegal, civil rights and free speech gained movement in favor of equal rights.  Conversely, after the boom in technology and the growing economy of the US as World War grew closer to US involvement a second Sedition Act reappeared.  Again the Espionage Act of 1917 and the Sedition Act of 1919 reworded the original act to a much stricter and definitive legislative act to restrict the negative and defamatory expression and assembly in all forms.  However, in a dissenting opinion that would shape the United States outlook on the First Amendment in Abrams v. United States, 250 US. 616, 1180, 40 S. t. 17, 63 :. Ed. 1173 (1919) Justice Oliver Wendell Holmes scrutinized the court to encourage that these individuals present Clear and Present Danger (US Supreme Court Justice, 2010).  The defendants were sentenced to 20 years in prison for inciting protest and rebellion to sending American troops to Russia in WW I.  The legal question presented in the case was in regards to the question of whether the Espionage Act violated the free speech clause of the First Amendment. The pamphlets claimed the president was cowardly and a member of a plutocratic gang in Washington.  Abrams, a Russian claimed that the President, Woodrow Wilson was too cowardly to state that the capitalistic US government boasted hypocritical policy toward the working class.  In the claim of betrayal, Abrams accused the government of giving loans and providing capital to the makers of guns, bullets, bayonets and cannons for the purpose of “murder.”

As often in law, the appeal and opinion did not affirm a supreme right to free speech.  In his decent and minority opinion, Justice Holmes found no “action” or specific act or deed preformed to prove there was deeper motive to abridge the First Amendment.  Justice Holmes stated that as in any time in history, war was no exception to the rights granted by the First Amendment.  He put the issue to the very theory of the Constitution in that “ultimate good is better reached by free trade in ideas and the best truth is the power of the thought to get itself accepted in the competition of the market and that truth is the only ground upon which wishes safely can be carried out.  That we should be eternally vigilant against attempts to check the expression of opinions that we loathe and believe to be fraught with death, unless they so imminently threaten interference with the lawful and pressing purposes of the law that an immediate check is required to save the country.”  (Justia, 1998) This dissent marked a new beginning of thought perhaps provoking a paradigm shift, especially since the 20-year sentences were considered “draconian.”  Justice Holmes is documented in history for his revolutionary approach to logic and realism in law under the jurisdiction of his rule.

With Prohibition in full force, gangsters practically running the economy and a cultural revolution underway 1925 was set again challenge the Anti Sedition Act.  Draconian punishment and government prosecution did not deter the human spirit from the expression of opinion.  Though limitations had sent precedence in Abrams, Justice Holmes opened the door to further progressive liberties in the protection afforded to US citizens by the First Amendment.  With similar circumstance to the Abrams case, Benjamin Gitlow, a member of the socialist party was convicted for violating the New York Criminal Anarchy Act of 1902.  Gitlow circulated 16,000 pamphlets called Left Winged Manifesto advocating the use of massive strikes and class action in every form to foster a violent overthrow of the government.  The opinions in the case are duly noted for their efforts to define Clear and Present Danger criticizing the opinion in the Abrams decision so much so that for the first time the court on appeal incorporated the Fourteenth Amendment in its opinion of Gitlow v. New York, 268 U.S. 652 (1925). The Gitlow decision was for the first time a defining decision as to the scope of the First Amendment.  The court under the majority opinion written by Justice Edward Terry Sanford, held that the rights granted in the Bill of Rights apply not only the federal government, but also to the states.  The justification given was that “due process” protected the fundamental right to certain liberties, one of which is the freedom of expression granted by the First Amendment by implying that “action” rather than expression should be punished. 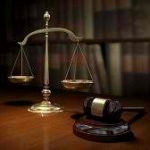 Gitlow created a modern civil liberties concept by limiting the powers of Congress and the state giving the interpretations and greatest advantage of liberties and due process through the Incorporation Doctrine to the citizens.  Now a liberty protected by the Constitution could not be taken away by a state.  The American Civil Liberties Union ACLU filed the 1925 case.

To exemplify the evolution of the First Amendment and the reliance on historical precedent case law, in Hague v. The Committee for Industrial Organization the court invoked the prior opinions of the Fourteenth Amendment’s protection of the First Amendment in 1939.  In question was an ordinance to permit the Director of Safety the right to cancel any public assembly upon his opinion of the possibility that the assembly may cause a riot.  The Third Circuit Court of Appeals upheld that the state interfered with the rights of Hague to communicate their views to others on the streets in an orderly peaceable manner and with printed material according to the liberties granted in the Fourteenth Amendment (Cornell University Law School, 2010).   Justice Roberts wrote that the First Amendment shall not be challenged by comfort or convenience.  Justice Stone in his opinion further defined the scope that the right of the Fourteenth Amendment applies to all persons without regard for citizenship.

Case law progressed to limit the rights of state laws to prohibit First Amendment rights, Lovell v. City of Griffin, GA., 303 U.S. 444 (1938) the Supreme Court ruled that the ordinance prohibiting Mrs. Griffin from distributing her pamphlets and incarcerated her was unconstitutional.  It wasn’t even about what was on her pamphlets by then.

Now we see signs, literature, media, videos with statements considered at least, uncomplimentary, America We Have a Muslim President, A Sin Against the Lord, Bush Lies, You Die and more.  The Center for First Amendment docket reports 18 cases for review by the 2009 – 2010 Supreme Court. The historic case precedent now morphs beyond protecting the country and the president to social issues such as United States v. Stevens; does 18 U.S.C Section 48 ban, selling depictions of animal cruelty and what is the scope of depiction in commerce for commercial gain within the First Amendment?  (First Amendment Center, 2010)

No doubt as society evolves, more challenges will exist to the freedom of expression and the due process afforded to it, but none can be considered greater or lesser than any case that has preceded its opinion.  It is through the evolutionary process that law is able to change with society and prevail in reasonableness.

Who Should Be The Media Gatekeepers?