Cultural and social barriers exist in children’s television, yet television is the primal source of entertainment and education in every culture in the world. Networks, producers, writers and directors can overcome much of the current negativity in TV programming by recognizing the potential social benefits that could be gained with discriminatory programming. Many countries have chosen to ban or sensor US children’s television due to negative, violent, sexual and unhealthy programming within the shows and during the commercials and many countries have emphasized their disdain for the American pop culture. 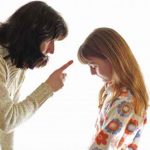 As example, the most popular US children’s show Hanna Montana was banned from broadcast in China in 2009 when 16-year old Miley Cyrus appeared on cell phone photos with friends making slant eyes. The Chinese Foreign minister Yang Jiechi stated, “Miss Cyrus has made it clear she is no friend of China or anyone of East Asian descent. We have no interest in further polluting our children’s minds with her American ignorance.” (2009) The two billion dollar Disney show lost the largest television market in the world (CCTV – China Central Television) by being banned in China. This instance touches the worldwide cultural impact that positive strategies could create for the industry.

Negativity surrounding children’s television and programming has been impactful on the US children’s television industry and documented since the passing of The Children’s Television Act of 1990 (Federal Communications Commission Fact Sheet 1995). However, negativity has not impacted the sale of toys or Happy Meals in the US, only the children themselves and the cultural social barriers. The Act was designed to increase programming that furthers the positive development of children under the age of 16. A survey of 750 children from ages 10 to 16 conducted by the FCC concluded the following.

1. More than two thirds said they were strongly influenced by what they saw.

2. Eighty percent said television could teach them right from wrong.

A clear understanding between the differences in the domestic US children’s market and the cultural diversity of other countries’ broadcasting markets and laws could significantly transcend to many affirmative benefits for the industry. A strategy for industry producers to correct these problems would be a start for increasing intercultural media and television. It is paramount that the investors, networks and advertisers who have the money for media ventures, implement and facilitate the solutions with long-term plans.

Fairness and balance in the creation of media products should be practiced by all cultures in order that societies do not fear a child’s attraction to particular shows and actors. “African-American boys are more likely than any other group to be portrayed as perpetrators of crime, whereas Caucasian girls are most likely to shown as victims. “ (University of Michigan, 2010) They also report in G rated movies that characters of color are more likely to be shown as sidekicks or comic reliefs. It is important to include multicultural and balanced shows, with characters of mixed races and ethnicity interacting in harmonious situations.

There is no doubt that each culture has its social parameters for entertainment. One strategy that could be employed by the networks, producers and writers is to limit the number of selected children’s shows that have icons, especially as main characters. Simple lifestyle perceptions come into the decision of which icons are admirable of following by another culture. What if a culture does not feel represented by a particular icon? In the case of Miley Cyrus, what if the icon does not respect a particular culture or race? Miley Cyrus is not the first display of this behavior. Pop icons are banned frequently from certain cultures in the children’s world and in the adult world as in the case of Elton John being banned from a concert by the Islamic Justice and Development Party in Morocco because he is gay (2010). Kramer, from Seinfeld (a show viewed by many teenagers) went on a tirade; TMZ’s headlines reported, “Warning what you are about to see is profane and racist.” (TMZ Staff, 2006)

All too often people, especially children accept these stereotypes of culture, race and as social representatives of a certain culture. Many cultures see this as a dignity issue and the sensitivity varies from culture to culture. In some cultures religion and/or patriotism provide a societal pride that trickles down to self-esteem. There are many countries, Brazil, Venezuela, China and Russia for example where the government has control of the airways. In the right format, these cultures welcome our programming. Our US programming can be superseded in their language and as technology increases it has become important for producers to create US shows (with American culture) that can be shot in native languages. Animated characters can easily be voiced over to melt cultural media language barriers.

Worldwide all children’s personalities and beliefs are developing in their early years before becoming a teen and reinforced in the years before they become adults. Children attach easily and it would be a much healthier outlook if the children were attached to the educational and healthy content of the show rather than the pop icon.

Similarly, Russia banned all cartoons such as the Simpsons, Family Guy and South Park and replaced them with programs for children that would teach them to be patriotic. (2008) Russia’s parliament created a government network to reflect their new youth policy. “In place of foreign cartoons, Russia’s children would instead watch programs teaching them patriotism, respect for family values and the importance of sport, the Duma’s youth committee said.” (2008)

According to the Hindustan Times (2010) Pakistan has banned over 1,000 cartoons considered to be “sacrilegious” to the Prophet Mohammed. Authorities of the government have blocked You Tube, Facebook and multiple other means of skirting television to view these shows by other means. The Home Ministry of Malaysia employed the same tactic banning cartoons because they destroy public order. (2010) A ban or censorship of these shows would certainly violate the First Amendment Right (The Bill of Rights, 1791) in the United States, however many countries do not have the right or freedom for free speech.

It should be realized that all age groups might watch cartoons, youth shows and game shows even if the writers and producers target adults or young adults. Disrespect, bigotry and racism are sensitive issues across cultures. Networks find ample revenue in countries that do permit this freedom, but these shows are deleterious to the opinion other cultures bear on the US. There are examples of children’s show that have garnered lucrative production value and have provided respectful learning content.

Mr. Roger’s Neighborhood and Sesame Street are such examples of their time. In todays pop culture they present only a solution for the very young. Solutions must involve intercultural and neutral content topics such as science, math, problem solving, history, social studies, agriculture, manufacturing, engineering, business, cooking and food. Proving this to be correct strategy, Bob the Builder is a successful worldwide show for children ages 4 – 7, that provide entertaining and educational content; Bob the Builder can fix anything! (2010)

The issue of respectful content shows that even Apple is caught in the dilemma. Steve Jobs announced a “partial ban” on apps on the iPhone as a concern from parents and female customers claiming that parental tools are not affective (2010). Apple also banned many apps for disrespectful content including one from a Pulitzer-Winning Satirist. (2010) Steve Jobs and Apple seem to be setting an example and possibly a trend in adult content with a push toward respectful content. This same strategy should be used by producers of children’s media and cartoons that filter down from young adults into the eyes of youth. Apple may be using this same strategy to increase their customer service relationships; if the iPhone were to be banned by any country, especially China, certainly it would reduce worldwide attraction and financial capability.

Advertising drives the media business. If it were not for the sponsors and advertisers who attach to the shows, there would be no shows or networks. Unfortunately, not only does advertising drive the children’s television market, but the children’s television industry is integrally dependent upon the toy industry for revenue support. Entrepreneur.com (2010) reports that the toy industry hit a peak in 2006 of 28.7 billion dollars. Even toys can be developmentally sound for children and youth of all ages. Toys should incorporate learning activities.

At the current time the influences do not seem to be very a healthy or appealing for desire that parents prioritize for their children. The University of Michigan Health System (2010) concludes that institutions in the US has completed enough research to understand what parents should be demanding of the networks and their strategies for children’s programming to influence their lives with a constructive approach. Concurrently parents in China report the same problems and concerns. (Chan and McNeal, 2002)

In studies that question parents about their opinions about children’s television and advertising, the results are amazingly similar across borders. (Ibid) Attitudes have been studied in Europe and Asia just as much as the United States. Public opinion showed that Chinese parents have increased in their perception of negative advertising, mostly over health concerns. (Chan, 1998) They also understood that advertising was essential to support the programming.

Kids get a lot of information from TV. There is a lot of press and media lately concerning childhood obesity and the relationship that it has with television. Two thirds of the 20,000 ads that children see yearly are for high-sugar junk foods. The fast food and junk food industry target children by comingling product placement with character licensing or with the inclusion of a toy in a meal. There are consumer advocates fighting to curtail these brands from influencing children.

Even though many countries are banning social network sites, applications and videos, there is a prevailing message here for the intercultural community. Not all is bad! Once a powerful and powerful media product is created, it should be exploited by new media: Facebook, Apple Applications, You Tube, My Space, Cell Phone Applications, Twitter, Wikipedia, Wikimedia and whatever new appropriate social sites become applicable for families.

There is without doubt opportunity to cross these cultural barriers and to help society develop programming that will increase intercultural communication. The FCC has continued to update their policies of children’s television and advertising (Federal Communications Commission, 2010) Academia, law makers, parents, medical and psychology professionals, distributors and networks all must support this type of strategy through the tough cultural times ahead for children to prevail as better citizens in a global community.