by Corey May, CEO of The Communications Journal 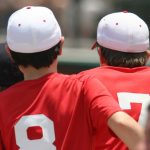 The market is full of competitors who DON’t want to hear your idea, or think they have better ideas or they think your idea is great and they want to consume it.  Children’s media is big bucks and no one will enter into this market and rise without collaborative partners!  We believe that is possible to do the right things for our children and make youth.  This process requires dedication and committment to developing media projects that are going to build better communities.

You will see a paradigm shift in soieties attitudes about children and media.  First Lady Michelle Obama and NFL Play 60 are leaders in this campaign.  We can follow this leadership, create fun and entertaining shows and build youth!

In 2004 Dora the Explorer franchise made $1 billion in revenue from television and toys.

The worldwide market for edutainment toys (toys both educational and entertaining) reached $2.1 billion in 2006. We expect this figure to reach $7.3 billion by 2011.

The latest Nielsen report shows household TV viewing at a record eight hours and eighteen minutes a day. The average American household now has more televisions than people. And many more ways to watch, beyond the television: on the PC, the laptop, the iPod and the cell phone.