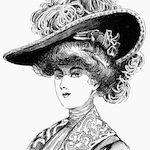 If there is a hero for writers and filmmakers, it should be psychologist Dr. Carl G. Jung, who said that the self includes the ego.  He described ego as the border of consciousness.  He said the ego is subordinate to the self.

Freud said the goal of therapy was to make the unconscious conscious.  Jung was a student and follower of Freud, but at the beginning of World War I, Jung came to the conclusion that there must be some connection between a persona as an individual and as a member of humanity.

Jung began to draw a brown dwarf after recording his feelings, thoughts and dreams while watching the on slaughter of WW I.  The happenings of war are very powerful tools for creating higher thought.

Jung divided the self into three aspects:  the ego or conscious mind, a personal unconscious, which is what can be conscious at any moment and the unconscious mind.  What makes this theory relate to writing is that the accumulation of these three parts of the self-mind lead to “collective conscious.”  It is the experience of all of the experiences and behaviors and emotions that we have.

What this means to character development is that you have to write a believable persona of your character lest you lose your audience if you do not.  Audiences are able to get into the self of a character and when they do they become the unconscious.  When the ego does not act according, you character is not believable.

If you want to change your character, you will need to use a catalyst and this too must be believable.  The changed behavior is called “revelation” and it must match the “ego.”

Imaging your character has a hat with a label, “insecure” or “needs acceptance” and have your character behave according to the label on the hat; this is the “Ego Hat.”  Every behavior under that hat should fit the semi conscious and the unconscious mind of your character.

The Business of Writing

The Fair Use Doctrine

The Law of Logic